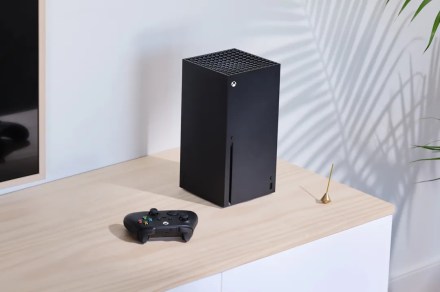 Sonic the Hedgehog always said, “Don’t blink, because you might miss it.” This piece of wisdom may soon apply to the Xbox Series X/S, as Microsoft is implementing an update that will make the consoles boot up five seconds faster.

As reported by The Verge, the latest Xbox Insider build of the Xbox dashboard had the boot animation on screen for approximately five seconds, compared to 10 seconds for the old cold boot startup. Josh Munsee, director of integrated marketing at Xbox, confirmed over the weekend that he worked with Microsoft to create a new, shorter startup animation that looks the same as the original but reduced the boot time by five seconds.

“Can confirm — worked with @harrisonhoffman and @jakerose27 to create a shorter boot up animation (~4s) from the original boot up animation (~9s), helping to reduce the overall startup time,” Munsee said in a tweet replying to engineering lead Eden Marie.

Xbox Series X/S owners will only be able to see the faster boot sequence if they have their consoles set to Energy Saver Mode, which will then have the boot time reduced from 20 seconds to 15 seconds — not that the Xbox logo will literally show on the screen for that long, but that’s the amount of time it will take between turning on the console’s power button and getting through the startup animation.

The reduced startup time is the latest update Microsoft is implementing to make Energy Saver Mode more appealing to Xbox fans. Back in March, the company made Energy Saver Mode a default option for the Xbox Series X/S when players set it up in an effort to mitigate the effects of climate change — and lower your energy bill.