You might get your Steam Deck sooner than you think – IGWIIKI 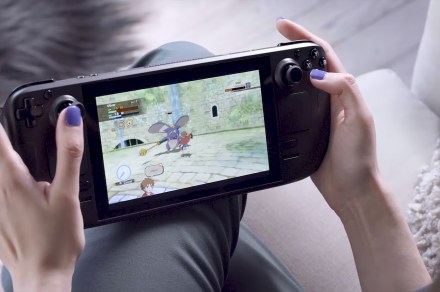 Are you in the Q3 group of Steam Deck pre-orders and waiting for the handheld PC to be delivered to your doorstep for what seems like an eternity? You won’t have to wait much longer, as Valve announced in a tweet on the Steam Deck Twitter account that it is accelerating production of the Steam Deck and will double the number of shipments starting next week.

The announcement comes as Valve wraps up on sending reservation emails to customers in the Q2 group. The company said that those in the Q3 group should expect their reservation email to hit their inboxes starting on June 30.

Hello! Some great news on the production front. We just sent the last batch of Q2 emails, and we’ll start sending Q3 reservation emails on the 30th.
Production has picked up, and after today we&#39;ll be shipping more than double the number of Steam Decks every week! pic.twitter.com/kAHE0zRrV7

It’s difficult to calculate how many Steam Decks will be shipped out when Valve said that it would “more than double the number” of shipments. Valve’s UX designer Lawrence Yang clarified in a response to The Verge writer Sean Hollister that the company was shipping a certain amount of Steam Deck units per week in the past. Whatever that amount was, Valve will be sending twice that much.

Since the release of the Steam Deck in February, Valve has been shipping out the handheld PC system slowly and in groups to offset the supply chain issues caused by the Covid-19 pandemic. Even so, it’s been met with the highest critical acclaim among PC gamers. Not only does it play most of the games in the Steam library well (depending on its Steam Deck Verified status), but it can also run emulated games designed for other consoles, provided you install an emulator designed specifically for Steam Deck.