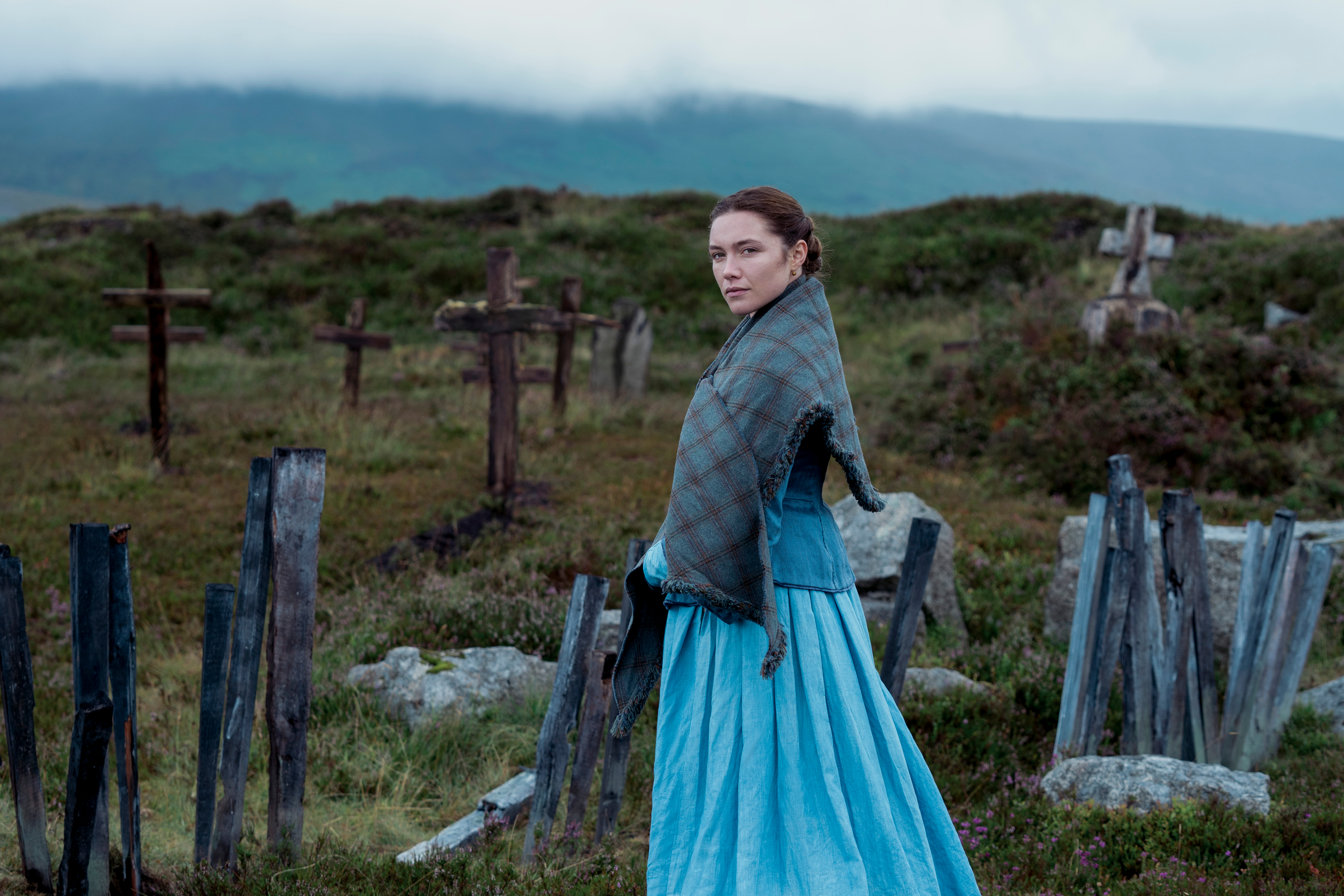 “Sebastián Lelio’s The Wonder is an engrossing new gothic mystery that gives Florence Pugh the chance to turn in one of her best performances in years.”

In its outstanding first scene, The Wonder tells us exactly what it is. The new film from Disobedience and A Fantastic Woman director Sebastián Lelio opens on a modern-day soundstage. “This is the beginning. The beginning of a film called The Wonder,” an unseen woman tells us. “The people you are about to meet, the characters, believe in their stories with complete devotion. We are nothing without stories. And so we invite you to believe in this one.” By the time Lelio’s camera has finished its patient opening movement, we are no longer on a soundstage, but on a Victorian-era ship bound for Ireland.

They’re lies that we choose, at our own discretion, to believe. The film’s insistence on acknowledging this in its first scene is not only a bold, attention-grabbing creative decision, but it proves to be the perfect opening note for a movie that is about stories and, specifically, the ways in which they can save or kill us, depending on which we choose to believe. Some lies, after all, are deadlier than others.

Based on a 2016 novel of the same name by Emma Donoghue, The Wonder follows Pugh’s Lib as she makes her journey to a post-famine Ireland in order to take part in a mysterious new job. Once she arrives, Pugh’s former wartime nurse is surprised to discover that she has not been summoned to treat a sick patient, but to observe a local “miracle.” The miracle in question turns out to be Anna O’Donnell (Kíla Lord Cassidy), a young, religious girl in the midst of a fast that has been ongoing for months.

Lib’s assignment is to monitor Anna and her family in order to ensure that she is not secretly being fed or in any way faking her own, seemingly ineffective period of starvation. Despite initially shrugging off Anna and her fellow villagers’ claims, though, Lib quickly begins to question both herself and her beliefs after spending several days with the O’Donnells. Unfortunately, Lib’s growing attachment to Anna not only results in several past traumas coming back to haunt her, but also puts her in direct opposition to the beliefs and methods of many of the Irish villagers she’s found herself surrounded by.

Over the course of its brisk 103-minute runtime, The Wonder uses Lib’s relationship with Cassidy’s Anna to explore themes of trauma, religious fanaticism, death, and rebirth. While the film occasionally struggles in its second half to iron out the inherently repetitive nature of Lib’s assignment, The Wonder mostly succeeds at transforming its tale of crippling guilt and love into an engrossing and compelling gothic mystery. That’s due in no small part to the work done by its well-rounded cast and, in particular, its formidable two leads.

Pugh provides a strong, empathetic anchor to The Wonder as its central nurse. Her character’s intense emotional scars and unwavering desire to save her patients from the horrors of the world also give Pugh the chance to turn in one of her strongest performances to date — if not her best since 2016’s Lady Macbeth. Opposite her, Cassidy gives a quietly commanding breakout performance as Anna, the faith-driven girl who has already found herself swept up in a maelstrom of spiritual and emotional darkness by the time The Wonder begins.

The Netflix film goes out of its way to visually reflect the duality of despair and hope present in both of its lead performances. Working with cinematographer Ari Wegner, Lelio turns Anna’s attic, where Pugh’s Lib spends much of The Wonder, into an expansive, shadowy space. By often relying solely on the pale, washed-out light that pours in through the windows of the O’Donnells’ home to light Anna’s attic, Lelio and Wagner are able to create frames in which Pugh and Cassidy are standing in both light and darkness at the same time.

Outside of its central homestead, the pale gray skies and muddy, green fields of Ireland only help The Wonder sell its gothic mood. Recurring images of pricked thumbs and Wegner’s frequently steady, drawn-out camera movements also create an added sense of dread within the film, one which Lelio further heightens by filling some of The Wonder’s quieter moments with looped reprisals of Anna’s daily, whispered prayers.

All of these visual and sonic motifs build, in conjunction with the intensity of Pugh and Cassidy’s performances, to a third act that is often cathartic and terrifying in equal measure. The film’s ultimate conclusion may, on the surface, seem far too clean for a film as morally and emotionally murky as The Wonder. However, there’s a dark, bittersweet truth at the heart of The Wonder’s story, one which reminds us that even our most sacred stories must sometimes be left behind in order for new ones to be told.