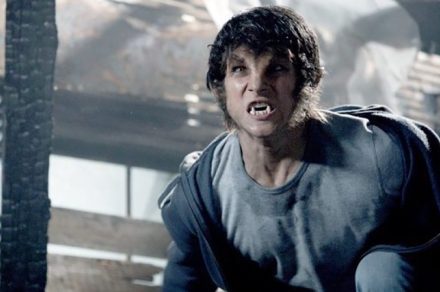 A new threat has emerged in Beacon Hills, forcing Scott McCall into action in the teaser trailer for Teen Wolf: The Movie. The footage debuted during a panel for the film in Hall H at the 2022 San Diego Comic-Con. The panel featured series creator Jeff Davis, who also wrote the movie, along with stars Tyler Posey, who played McCall, and Tyler Hoechlin, who played Derek Hale.

The footage highlights a return to Beacon Hills to face evil once again. According to the film’s logline, “The wolves are howling once again, calling for the return of Banshees, Werecoyotes, Hellhounds, Kitsunes, and every other shapeshifter in the night. But only a Werewolf like Scott McCall (Tyler Posey), no longer a teenager yet still an Alpha, can gather both new allies and reunite trusted friends to fight back against what could be the most powerful and deadliest enemy they’ve ever faced.”

The film marks the return of Crystal Reed as Allison Argent, who died tragically in the show’s third season. In addition to Posey, Hoechlin, and Reed, many cast members from the series return for the movie including Shelley Hennig, JR Bourne, Colton Haynes, Linden Ashby, Dylan Sprayberry, Melissa Ponzio, Orny Adams, Ryan Kelley, Khylin Rhambo, and Ian Bohen. Members from the series who will not reprise their roles for the film are Dylan O’Brien and Arden Cho.

The panel also included a major surprise from actress Sarah Michelle Gellar, who announced the spinoff television series for Paramount+, Wolf Pack. Gellar will star and executive produce alongside Davis, who wrote the series as well.

Teen Wolf: The Movie will stream on Paramount+ in October 2022.