Street Fighter is officially returning with Street Fighter 6, with Ryu, Chun-Li, and new and old friends taking center stage along with a whole new look for the classic fighting game’s graphics. It’s good timing, too, as the Street Fighter franchise turns 35 this year and is ready for a big comeback (Street Fighter 5 launched more than six years ago in 2016).

Interested in learning more? Wondering if Street Fighter 6 will be coming to your gaming platform of choice? Capcom’s going to be dropping more info from now up until launch. In the meantime, here’s everything we know and what you can expect.

While Street Fighter 6 doesn’t have a firm date yet, Capcom has given us an idea of when to expect it. During Sony’s June 2022 State of Play, the developer announced via a new trailer that Street Fighter 6 is coming summer 2023.

Unlike Street Fighter 5, the new entry in this series will no longer be a console exclusive. Street Fighter 6 will launch on PS4, PS5, Xbox Series X/S, and PC simultaneously, which is great news for Xbox players in particular who missed out on the last entry.

Following a brief countdown in February 2022, Capcom released a teaser trailer officially announcing the upcoming Street Fighter 6, featuring a pose-off between Ryu and Luke, presumably before a battle. For longtime fans of the series, the trailer was particularly interesting for a few reasons, notably:

The next look at Street Fighter 6 came in Sony’s June 2022 State of Play, where we get a good vibe of the hip-hop, neon, street art style this game will have. It shows off a couple of characters, including fan favorites coming back like Chun-Li and Ryu, but the big reveal was the open-world World Tour mode taking place in Metro City. There are a few clips of character intros before a match, and quick cuts of some moves, combos, and specials in combat, but with no HUD shown just yet.

The 2022 Summer Game Fest followed up the State of Play with the first individual character reveal trailer for Street Fighter 6, the man whose theme goes with everything, Guile. Sporting a new goatee, we see Guile go up against Luke and Ryu on his iconic airship stage. He shows off his iconic Flash Kick and Sonic Boom moves, plus a bunch of new techniques, and a super before closing out the match by fixing up his hair. 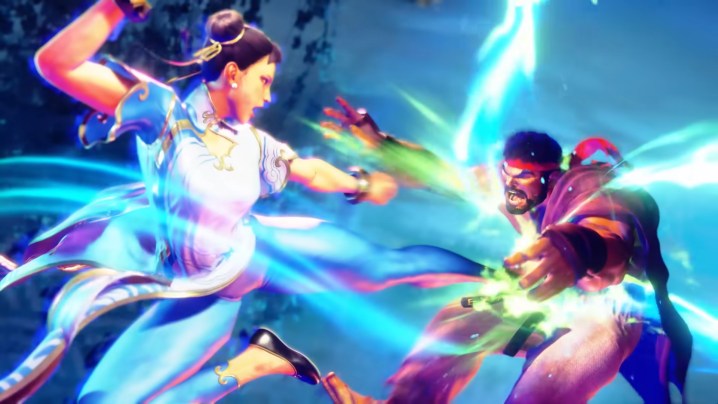 The core of Street Fighter 6 should come as no surprise — it’s a fighting game. You will engage in fights, pulling off combos, doing super moves, shooting projectiles, and all the typical things you expect. However, an interesting new feature that can help newcomers is the addition of a second control scheme. Classic controls will work in the traditional six-button layout the series has always used, with button combinations pulling off special moves, but a new modern control scheme simplifies that.

Modern controls don’t require players to memorize or practice complex motions to pull off moves. Instead, special moves are mapped to a single button, and by changing what direction you’re moving or situation you’re in when you press it, you will pull off a different special move.

The main new mechanic to Street Fighter 6 is something called the Drive System, which looks a bit like the Focus mechanic from Street Fighter 4, at least visually. Drive is a meter you can use to do one of five things: Drive Impact, Drive Parry, Overdrive, Drive Rush, and Drive Reversal. These all have different inputs, but all draw from the same Drive meter, meaning you will need to ration it depending on whether you want to use it for defense or offense. 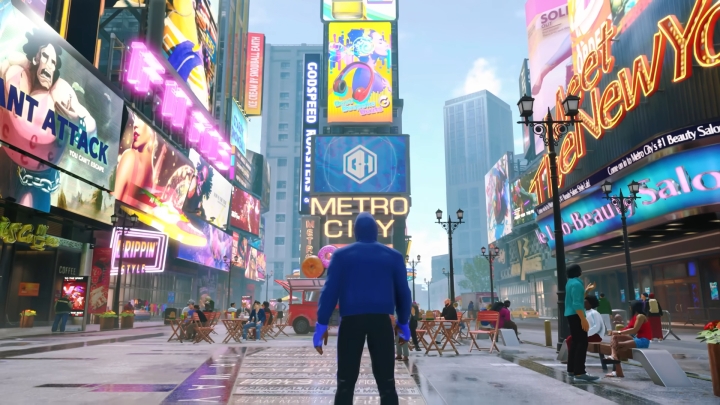 A new form of single-player mode for Street Fighter 6 comes in the form of World Tour mode. Placing your character, which may be customizable, in the streets of Metro City, you are free to run around and explore the environment in an open-world setting. We’ve seen tons of environments to explore, barrels to break, and the ability to start fights with NPCs. What the story is, who you play as, and what kind of progression or purpose the open world serves here all remain a mystery for the time being.

If you remember, Street Fighter 5 had a lot of ongoing DLC back in the day, with many new and returning characters added. That eventually added up to a total of 46 playable characters, more than any other game in the franchise before. Capcom has indicated that gamers can expect an even larger roster for Street Fighter 6 and that it would again be a mix of old and new characters. This is also likely to happen in an extended rollout, so don’t expect every option on day one.

That being said, we did get a confirmed list of world warriors in the most recent trailer that includes:

However, hours after the first trailer launched, a leaked list of what appears to be the full roster for Street Fighter 6 dropped online. Technically, we can’t say this list is 100% legitimate until Capcom itself announces anything; however, Capcom did respond to it with a Tweet via the official Street Fighter account that is essentially a wink and a nod to its legitimacy, plus Guile was leaked and then confirmed. The full roster would then look like this:

Since we only have the window of summer 2023 to expect Street Fighter 6, no pre-orders are available yet. It won’t be until a firm date is announced that they’re likely to start popping up, but when they do, we’ll keep you updated.