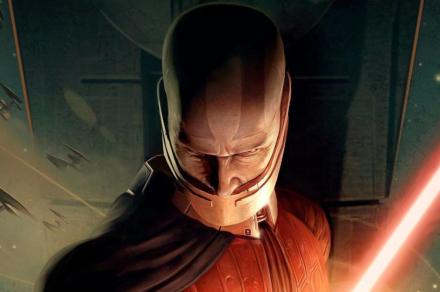 The remake of Star Wars Knights of the Old Republic has reportedly been indefinitely delayed. According to a report, the studio behind the project, Aspyr Media, is trying to figure out how to continue it after several key figures left the project.

Per Bloomberg, two studio heads from Aspyr told employees throughout this month that the game would be delayed as the studio is looking for new contracts and development work. At the end of last month on June 30, Aspyr reportedly managed to finish a demo for the game to show Lucasfilm and Sony.

NEWS: The Star Wars Knights of the Old Republic remake is indefinitely delayed, Bloomberg has learned. Developer Aspyr abruptly fired two directors this month and told staff that the project is on pause as it tries to figure out what comes next. https://t.co/3NUlKkenR6

However, too much time and money were reportedly spent on creating a vertical demo slice to show Lucasfilm and Sony that now the project itself is unsustainable. Furthermore, Aspyr let go of two employees, design director Brad Prince and art director Jason Minor.

While Aspyr reportedly aimed to release Star Wars Knights of the Old Republic at the end of this year, that may no longer be a realistic goal. According to some developers, a 2025 release seems more likely. Developer Saber Interactive officially hopped onto the project back in May after the studio had initially only handled outsourcing work for it. Now some of the staff at Aspyr believe that Saber could potentially take over development completely.

The original Star Wars Knights of the Old Republic was released in 2003 for PC and Xbox. The remake was announced during a PlayStation State of Play last September, and it will be a timed console launch exclusive on PlayStation 5. Few details have been released since its first reveal, and now it might seem we’ll have to wait even longer.