Service 1st Financial sells ‘home comfort as a service,’ gets $20 million in funding from Series B, debt • TechCrunch – IGWIIKI 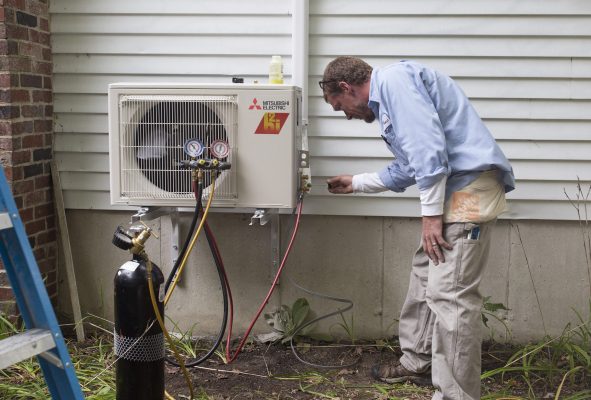 Let’s face it: Most people aren’t early adopters, especially when it comes to their homes. Take the kitchen, for example, where many people still buy gas cooktops despite induction’s superiority. It’s not because everyone’s busy charring peppers over an open flame — it’s because they’re slow to adopt changes.

When it comes to heating and cooling, that’s a problem for the climate. Together, they account for about half of all energy use in U.S. homes. Heating is a particular challenge since only 40% of homes use electricity; the rest burn natural gas, propane or some other fossil fuel. When the old furnace is dying, its replacement is usually more of the same. To reduce reliance on fossil fuels, switching to electric heat pumps is going to be key.

“If your trusted contractor — who you call to come into your home to help figure out what to do with your system — doesn’t offer a heat pump, you’re just not going to buy one, right?” said Anuj Khanna, founder and CEO of Service 1st Financial.

That gap between what contractors offer and what’s needed to electrify households is part of the reason Khanna founded Service 1st Financial, which offers what he calls “home comfort as a service.” The company is announcing a $5.85 million Series B today that includes a $15 million subordinated debt facility, TechCrunch has exclusively learned. Khanna said he expects the Series B to close “before year end.” The equity investment was co-led by S2G Ventures, which also led the subordinated debt facility. Other investors were not disclosed.