San Diego Comic-Con 2022 primer: What you need to know – IGWIIKI 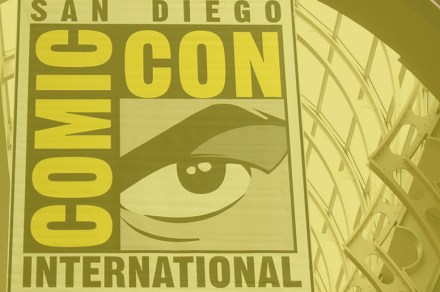 San Diego’s premier fan event is back for another year, and this year’s Comic-Con is expected to break some major news. a.m.ong the biggest panels at the fest are previews of two of the year’s biggest fantasy projects: Prime Video’s adaptation of The Lord of the Rings and HBO’s Ga.m.e of Thrones prequel House of the Dragon.

The biggest event of the weekend of panels, though, is likely to be Marvel’s return to Hall H, where company President Kevin Feige will offer new details on previously announced projects and may also unveil an expanded slate of projects that gives fans a sense of what Marvel’s future will look like.

The upcoming feature-length adaptation from Paramount+ will be previewed during the panel, which will feature series creator Jeff Davis, as well as Tyler Hoechlin and Tyler Posey, who both co-starred on the show.

Marvel’s animated slate is still expanding, and our first look at Moon Girl and Devil Dinosaur will kick off a weekend filled with Marvel news. The upcoming Disney + series will star Diamond White and Fred Tatasciore, who are expected to be in attendance at the panel alongside members of the show’s creative team.

The ABC hit will take over the Indigo Ballroom, with appearances from star and creator Quinta Brunson, as well as cast members Tyler James Williams, Janelle James, Chris Perfetti, William Stanford Davis, Sheryl Lee Ralph, and Lisa Ann Walter and the show’s executive producers. The panel is expected to discuss the making of the first season, but we can hope they’ll also offer some hints about what season 2 will have in store.

The cast of one of the most anticipated shows yet to premiere in 2022 is expected to descend on Hall H alongside showrunners Patrick McKay and J.D. Payne. Once assembled, the cast will likely spill some additional intel about their journey into Middle-earth’s second age.

Before we learn any more about Marvel’s upcoming theatrical slate, the studio is planning to provide an update on its animated shows following What If…? We already know about the second season of What If…? and new shows like X-Men ’97 and Marvel Zombies, but department head Brad Winderbaum may provide some detail on upcoming series.

The world of The Walking Dead continues to grow, and with just eight episodes left in the core show’s run, you can expect this panel to cover what we should expect from that final set of episodes, including possible footage, as well as a panel that features the cast members that have managed to survive the grisly 10-plus seasons that have already aired.

One of the more under-the-radar projects that may excite fans, Paper Girls is an adaptation of a graphic novel centered on time travel. During the panel, series co-creator Brian K. Vaughan and Cliff Chiang will discuss their adaptation. Dedicated fans of the novel can also catch a 7 p.m. screening at the Rooftop Cinema Club Embarcadero, Manchester Grand Hyatt before the series officially premieres on Prime Video on July 29.

Co-creators Keanu Reeves and Matt Kindt are expected to attend this BRZRKR panel on the future of the comic, as well as an upcoming feature adaptation that’s apparently in the works.

Saturday is undoubtedly the biggest day of this year’s Comic-Con, and it kicks off with a preview of the DCEU films Black Adam. and Shazam.! Fury of the Gods featuring the stars of those two movies, Dwayne Johnson and Zachary Levi respectively. A number of surprise guests are also expected to appear, and it’s also possible we’ll see footage from the upcoming Aquaman sequel and The Flash, even though the panels featuring the stars of both of those films were canceled.

HBO’s highly anticipated Game of Thrones prequel is finally on our doorsteps, and George R.R. Martin will appear at this panel alongside the vast majority of the show’s cast and creative team. The team is expected to discuss the upcoming series, which will focus on a war inside of the Targaryen family at the height of their reign over the kingdom of Westeros.

Theatrical Star Trek projects seem to be largely nonexistent, at least for the moment, so this panel is expected to touch on the TV shows taking place inside the universe at the moment, which include Star Trek: Picard, Star Trek: Strange New Worlds, and Star Trek: Lower Decks. Stars and executives behind all three shows are expected to come together for the panel, which will focus on the development of their shows and what’s coming next for the universe.

Neil Gaiman’s The Sandman is finally making its way to our screens, and there’s plenty of excitement for the series. At this panel, stars from the series are expected to appear alongside the show’s creative team to discuss the adaptation, which will debut on Netflix in August.

Marvel has not attended a Comic-Con since 2019, and Marvel head Kevin Feige’s return to Hall H is likely the most anticipated panel of the entire event. Feige is expected to share details about multiple upcoming projects, including Black Panther: Wakanda Forever, Ant-Man and the Wasp: Quantumania, Guardians of the Galaxy Vol. 3, and The Marvels. Feige may also announce some new projects that may shape the Studios’ fifth phase and beyond. Be on the lookout for footage from Black Panther, which is set to premiere in November.

What We Do in the Shadows has just debuted its fourth season, and the show continues to fire on all cylinders. As the only major panel to be held on Sunday, expect the cast and creatives behind the show to give attendees a wacky end to a Comic-Con that will be chock-full of newsier panels earlier in the weekend.