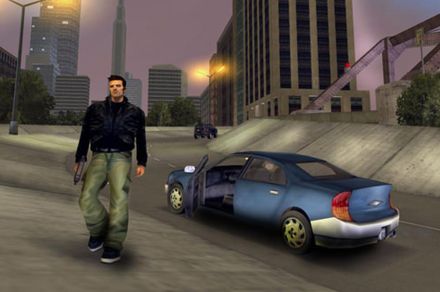 On the Bugzy Malone podcast, Earthworm Jim director Kirk Ewing said that he spoke with Rockstar’s Sam Houser in his hotel room one night about making a GTA film.

Ewing explained: “This was just after Grand Theft Auto 3. And I think, at that point, it was still in Sam’s mind that it might be something that he wanted to do … I remember taking a call at about 4 a.m. from one of the producers in LA with an offer to make a film. And he said, ‘Kirk, we’ve got Eminem to star, and it’s a Tony Scott film, $5 million on the nose, are you interested?’”

When Ewing called Houser to deliver the news, Houser reportedly turned it down and said that he was not interested.

Ewing added: “At that point, they withdrew from any conversation about making a film when they realized that the media franchise that they had was bigger than any movie that was going on at the time.”

While an actual GTA-based movie never materialized, the BBC released a trailer for a GTA documentary in 2015 about the franchise’s success over Rockstar’s objection. The company sued the BBC in order to protect its IP.

Movie adaptations for video games have recently gained popularity, as Sony has been greenlighting them with its own properties like Uncharted, Gran Turismo, and Ghost of Tsushima.