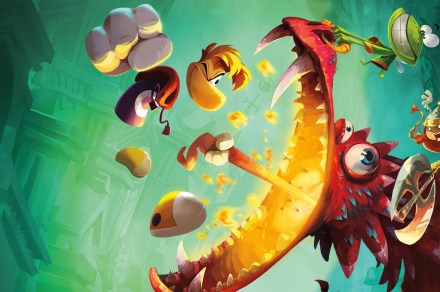 Just when we thought we’d never see him again, Rayman appeared during Ubisoft Forward 2022. The titular character of the classic Rayman series of games is set to appear as a DLC character in the upcoming Mario + Rabbids: Sparks of Hope.

Mario + Rabbids: Sparks of Hope is the sequel to Ubisoft’s tactical strategy game Mario + Rabbids: Kingdom Battle. Funnily enough, the Rabbids are a spin-off of Rayman’s game series, so the crossover event makes perfect sense. While we didn’t get many details on what the expansion will entail, we do know that Rayman will be a playable character. The game will also receive at least two other DLC expansions.

Along with this DLC reveal, more gameplay is shown for the upcoming title. The clip gave a closer look at environmental features, exploration, and of course, battles. The clip showed Mario and company fighting on a train as they tried to fend off a giant Wiggler running beside them. The clip emphasized team synergy, with Bowser bouncing off of Mario’s head and slamming down on a group of enemies.

Characters can also use the environment around them in a battle to get around different situations more. During the clip, Mario uses a bounce pad to take to the skies and uses a helicopter gun to float past enemies undetected and unharmed.

Players can get their hands on Mario + Rabbids: Sparks of Hope and put together their own teams and combos when it releases on October 20. Rayman will join the battle at a later undisclosed date with his DLC most likely revealed after the release.