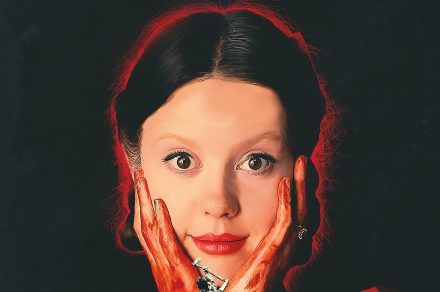 Director Ti West frightened audiences this past March with his ’70s slasher film, X. Now, the A24 film is getting a prequel as it explores the origins of X’s main villain in Pearl. Starring Mia Goth, who reprises her role as Pearl, the prequel’s trailer highlights “the X-traordinary origin story” of the murderous character from X and how it foreshadowed the events that would happen at the farm 60 years later.

X showcased a group of young filmmakers in 1979 attempting to make a pornographic film in rural Texas. While shooting the film on a farm, the elderly owners of the land, Howard and Pearl, soon learn about the adult film, and set out on a killing spree, murdering members of the crew one by one. Maxine, also played by Goth, was the only member of the crew to successfully escape after she ran over Pearl’s head with a truck.

The prequel will feature a younger Pearl during World War I in 1918. The footage displays Pearl’s aspirations to be a huge entertainment star, and her willingness to do whatever it takes to stand out. In Pearl’s case, that means terrorizing the competition with her trusty pitchfork and ax.

Pearl was secretly shot back-to-back by West after the conclusion of X. Goth, who co-wrote the prequel with West, is the only actor from the first film to reprise her in Pearl. David Corenswet plays Pearl’s eventual husband, Howard. Matthew Sunderland, Tandi Wright, and Emma Jenkins-Purro round out the ensemble.

Pearl is in theaters starting September 16.