One Piece Odyssey sails into 2023 with January release date – IGWIIKI 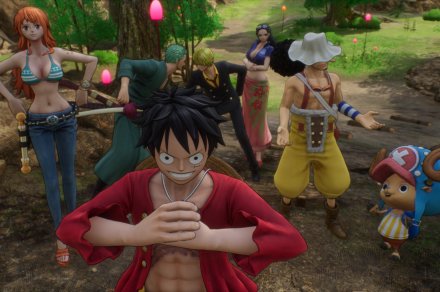 One Piece Odyssey, the JRPG based on the hit manga by Eiichiro Oda, will arrive on January 12, 2023, as confirmed during the Tokyo Game Show presentation.

Anime have been getting video game adaptations ever since the 1980s, with the most popular franchises often seeing numerous entries across multiple genres. Series like Dragon Ball, Naruto, and even JoJo’s Bizarre Adventure typically get transformed into fighting games, however One Piece has, prior to One Piece Odyssey, mostly appeared as guest characters or in Muso-style games. This title will be a rare case of a massive anime getting a full JRPG adaptation.

Along with another glimpse at the game in action, One Piece Odyssey was given an official January release date. This is a small delay from the 2022 release window it was originally given. Interestingly, Namco Bandai was still advertising a 2022 release window for the game on banner ads at Gamescom just a few weeks ago.

We were able to play a bit of the game during Gamescom 2022, where it made our list of the 10 best games we played at the event. We were impressed by the RPG, saying, “it contains clever RPG systems that push players to make smart decisions on each and every turn. Using a “rock, paper, scissors” damage system reminiscent of Fire Emblem, players have to constantly juggle party members are in their lineup to get the most out of every attack opportunity. Though for One Piece fans, the real appeal here will be seeing all their favorite characters brought to life in a 3D world, complete with voice acting. This is feeling like a high-effort project that will cater to players beyond its built-in audience.”