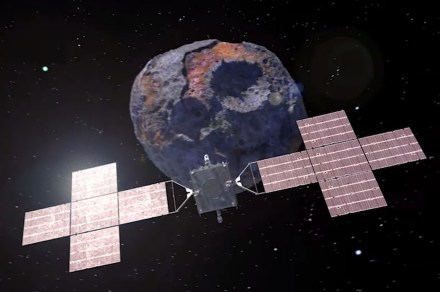 NASA’s mission to visit a metal asteroid with a spacecraft named Psyche has hit a roadblock, with the launch being delayed until 2023 at the earliest. The mission had been scheduled to launch this summer, with a launch window opening on August 1, but issues with the spacecraft software mean it won’t be possible to make this window now.

In May, there were technical problems unearthed with the spacecraft during testing, with NASA confirming that it would push the planned launch back until September 2022. NASA has since said that the problem arose from “a compatibility issue [which] was discovered with the software’s testbed simulators.”

The issue with the testbed has now been fixed, but the time it took to execute the fix means there is not enough time to complete all the pre-launch testing required before the launch window closes this year.

“NASA takes the cost and schedule commitments of its projects and programs very seriously,” said Thomas Zurbuchen, associate administrator for NASA’s Science Mission Directorate, in a statement. “We are exploring options for the mission in the context of the Discovery Program, and a decision on the path forward will be made in the coming months.”

The launch window runs only for a limited period because of the route which Psyche will take through the solar system. On its journey to the asteroid, located in the main asteroid belt between Mars and Jupiter, the craft will have to fly past Mars to get a boost from its gravity. But Mars and Earth are only aligned as required occasionally, so the August 2022 launch date was chosen to allow the spacecraft to perform its flyby of Mars and arrive at the asteroid in 2026.

Now, the launch will have to be pushed back to a later launch window, which NASA says could be in 2023 or 2024. However, this will delay the arrival of the craft at the asteroid until 2029 or 2030 respectively. The agency is setting up an assessment to decide how to move forward with the misssion now.

“Flying to a distant metal-rich asteroid, using Mars for a gravity assist on the way there, takes incredible precision. We must get it right. Hundreds of people have put remarkable effort into Psyche during this pandemic, and the work will continue as the complex flight software is thoroughly tested and assessed,” said JPL Director Laurie Leshin. “The decision to delay the launch wasn’t easy, but it is the right one.”