Like a Dragon: Ishin brings a classic Yakuza spinoff to the West – IGWIIKI 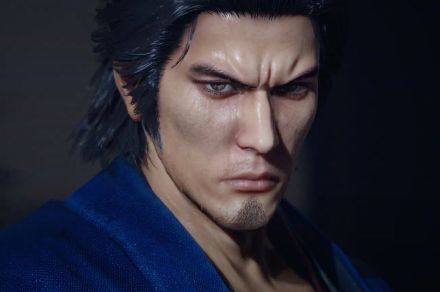 During PlayStation’s September State of Play presentation, Sega and Ryu Ga Gotoku announced Like a Dragon: Ishin! will be coming to PlayStation 4 and 5 in February 2023. It will also come to Xbox One, Xbox Series X|S, and PC.

This is a remake of Yakuza Ishin, a spinoff game of the Yakuza series, utilizing Unreal Engine 4. It takes place during the 1860s in a fictionalized version of Kyoto and follows Sakamoto Ryoma, whose appearance looks reminiscent of Yakuza protagonist Kazuma Kiryu. Other Yakuza characters from the modern era like Goro Majima will have counterparts in the game as well.

In this game, players can switch between a Swordsman style or a Revolver style, and can even combine the two, dual-wielding them in the Wild Dancer style. Bare fists are an option too. More information about Like a Dragon: Ishin! will be shown at RGG Summit on September 14.

Yakuza Ishin was released back in February 2014 for PlayStation 3 and PlayStation 4 in Japan, but it was never localized outside of its home country. Now, the international audience will have the chance to experience this story with this new remake. Fans have been wanting to play Yakuza Ishin for a while now, and there have been unofficial fan efforts to translate some of the franchise’s Japan-only games before, including Black Panther: Like a Dragon New Chapter and Black Panther 2: Like a Dragon Ashura Chapter for the PlayStation Portable.

Ryu Ga Gotoku could also show more information about the upcoming Yakuza 8 during its planned September 14 summit, as the RPG is currently in development as well.