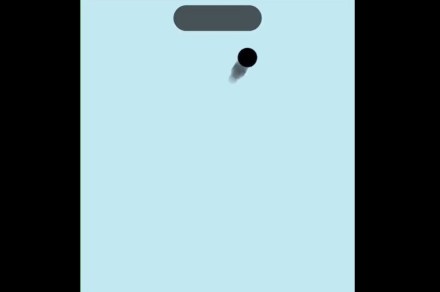 The Dynamic Island that comes with Apple’s new iPhone 14 Pro and Pro Max handsets caused quite a stir when it was unveiled last week.

The pill-shaped cutout replaces the notch that houses the front camera and Face ID sensors, but has also been designed to animate to become part of the display, transforming its shape when delivering snippets of useful information.

Apple said it will open up the Dynamic Island technology to third-party developers to see what they can do with it, and while we can expect mainstream apps to quickly find ways to incorporate it, smaller developers are already thinking of how they might use it, too.

Spotted by MacRumors, software developer Kriss Smolka has come up with come up with a fun concept game based on the 1970s classic, Pong.

Who has an iPhone 14 Pro right now? Need to test this on device asap!

At the current time, the ball stays in play wherever it goes, with the player scoring a point every time they hit the opposing paddle. But as it’s a concept, Smolka could end up changing it so the aim is to get as many consecutive hits on the other paddle, or perhaps by adding a countdown clock encouraging you to get as many points in a limited time. It’s also possible that the bar will start off larger and gradually reduce in size with every hit, making it increasingly harder to succeed.

While simple in the extreme, the Pong idea offers an early taste of how developers can get creative with the Dynamic Island and take it beyond Apple’s original idea of using it as a straightforward information hub.

Smolka said he’s trying to have it available in the App Store by Friday, when Apple’s new iPhone 14 Pro and Pro Max start landing in people’s hands.

And if you love the look of the fun idea but have an iPhone with a plain old notch at the top, don’t fret. Smolka says he’s also working on making a version of his game for those phones, too.