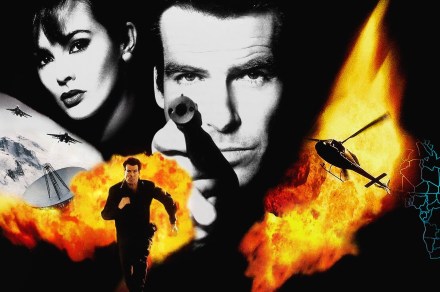 A new slate of games set to arrive soon on Nintendo Switch Online was just announced, with the biggest surprise being GoldenEye 007 arriving with online support. The port is also coming to Xbox Game Pass.

During today’s Nintendo Direct, the company revealed a new batch of classic N64 titles that will be available to subscribers of the service. Among these are some of the most beloved games for the console, including the first three Mario Party games and both Pokemon Stadiums. But the biggest get is the seminal first-person shooter GoldenEye 007. This was many console players’ first exposure to FPS gaming, and has been one of the most requested titles to hit the service.

Like select other N64 games that came to Nintendo Switch Online, GoldenEye 007 will also be getting online play for the first time. This is the first time any official online functionality will be available for this game, letting players relive those classic multiplayer matches without gathering around a single screen.

The full list of games coming soon to the service include:

However, if you are not a Switch owner, you are not out of luck as Rare, the game’s original developer, announced via a tweet that GoldenEye 007 is also getting a release on Game Pass for Xbox consoles. This version will include achievements, 4K resolutions, a “smoother framerate,” and split-screen local multiplayer.

Another bonus for Switch Online subscribers is the continued support for Mario Kart 8 DLC, with the next set, of course, also coming to the service, which includes tracks such as Merry Mountain from Mario Kart Tour and Peach Gardens from Mario Kart DS.