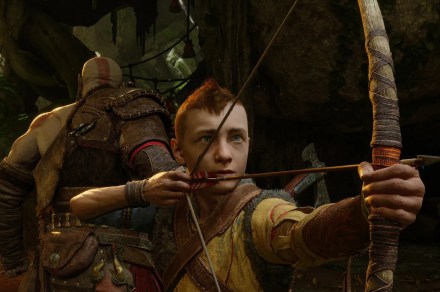 To cap off PlayStation’s September 13 State of Play, we got another look at God of War: Ragnarok, as well as the reveal of a special controller releasing alongside the game.

Sony Santa Monica Studios’ special-edition PS5 DualSense controller for God of War: Ragnarok is a crisp blue and white, and has two sigils engraved on its touchpad. It’s the first Sony-produced special DualSense controller of its kind, and it releases ahead of the customizable DualSense Edge controller teased at Gamescom Opening Night Live 2022. As the studio wrote on the PlayStation Blog, the DualSense controller sports a blue-and-white design inspired by Midgard, the mythical world of the Norse gods. The touchpad is engraved with the bear and wolf sigil to represent the relationship between Kratos and Atreus, as well as their personalities.

After that, we got a new story trailer for God of War: Ragnarok that gave a deeper dive into the threats Kratos and Atreus will face and the areas they will explore. In the new story trailer, Tyr questions Kratos’ true motives, and Atreus narrates that everyone keeps secrets for various reasons, one of which is to protect the people they love. That seems to be the case when Kratos asks Atreus what he’s hiding from him, to which he replies, “I can’t talk about it. But I just need you to trust me.” All the while, they’re both questioning whether they should do the things they’re destined to do or what they believe is necessary to stop the threat of Ragnarok from destroying the world.