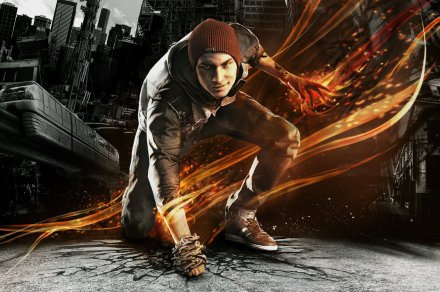 The studio behind Ghost of Tsushima, Sucker Punch Productions, is celebrating its 25th anniversary and says that it doesn’t have any plans to revisit any of its beloved legacy franchises like InFamous and Sly Cooper.

“As our games continue to grow in scale and complexity, they require the full attention of our studio. With our focus on our current project, we have no plans to revisit InFamous or Sly Cooper right now, and no other studio is currently working on projects related to those franchises either,” says Sucker Punch in a blog post.

“These characters are very special and near and dear to our hearts, so while we’d never say never to re-opening those doors down the road, for now, there are no InFamous or Sly Cooper games in development.”

Sucker Punch mentioned that it will be conducting maintenance on InFamous 2‘s UGC servers. They are part of the game’s multiplayer user-generated content where players can create and share missions with the community. However, the studio also did note that they will eventually need to sunset the servers but will keep them online for a little longer for fans to play.

Furthermore, Sucker Punch is currently working on adding the Cole’s Legacy DLC from InFamous Second Son to the PlayStation Store for everyone to experience, as it was previously only available for those who purchased the game’s Collector’s Edition.

Job listings for Sucker Punch’s new project appeared last month and they hinted at it focusing on both action and stealth mechanics. While Sucker Punch has now confirmed that neither an InFamous nor Sly Cooper game is in development, its next game could be a sequel to Ghost of Tsushima.