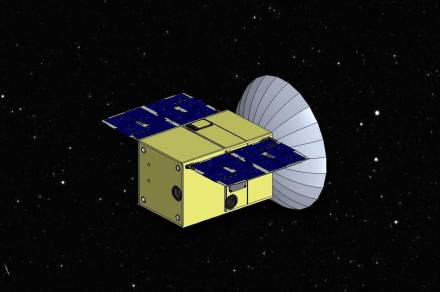 Engineers at NASA are continuing work on the CAPSTONE satellite, currently traveling on its way to an experimental orbit around the moon, which went into safe mode earlier this month following a trajectory correction maneuver. Progress has been made in learning what the issue was, but the satellite is not yet back to fully operational.

The most pressing problem is related to the spacecraft’s temperature. The space environment is so cold, spacecraft typically need to be heated to keep their electronics working properly, as electronics components tend to fail at very low temperatures. NASA announced that CAPSTONE’s propulsion system fell below its operating temperature after the craft performed its maneuver.

A more extensive update from Advanced Space, the company which owns and operates CAPSTONE for NASA, gives more details. The company states that  communications with the satellite, which had also been interrupted following the issue, are now “dramatically improved.” It also said it had identified the initial cause of the issue, though it did not share details about what this was.

The spacecraft is still on its planned trajectory, which is heading toward an orbit around the moon called a near rectilinear halo orbit. This orbit hasn’t been used before, but should theoretically require very little fuel to maintain. The plan is to use this orbit for the future Gateway space station to give logistical support for moon missions. So CAPSTONE aims to test out whether this orbit is safe and feasible in practice.

The spacecraft is scheduled to enter this orbit in November. NASA and Advanced Space say they are planning recovery options for the spacecraft and are aiming “to minimize further risk to the mission,” but they do not yet have a timeline for the recovery process.