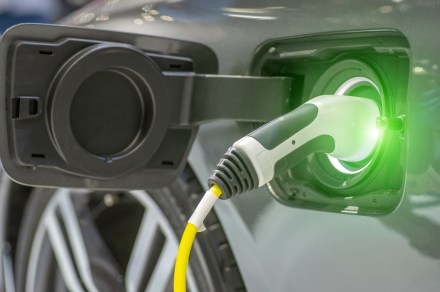 Charging an electric car can be confusing. Unlike gas cars, there are all kinds of things to take into account when finding a charging station — like how many chargers are at a station, how fast they can charge, and whether or not they offer the right charging connector for your car.

Thankfully, there are a number of dedicated EV charging apps out there, and the likes of Apple Maps and Google Maps have gotten better at helping users find charging stations near them. That’s not to mention all the network-specific apps and car-specific apps that manufacturers and charging companies have made.

The best app for your vehicle may vary, of course. Your car’s manufacturer might have an app that integrates well with your car’s built-in software. Or, you might have a favorite charging network, and as such prefer to stick to their chargers.

Here’s a rundown of the best EV charging apps and why they’re so great.

Perhaps one of the most useful tools in your EV charging app arsenal is ChargeHub. That’s because ChargeHub, like PlugShare below, isn’t affiliated with one particular EV charging network. Instead, it aggregates all charging networks, allowing you to search through all the different charging stations in your area, regardless of their network.

The app goes beyond simply showing you a big map of charging stations though. It also lets you filter stations based on things like plug type, charging speed, charging network, and more. That means that you can see only stations that support your car’s fastest charging speeds, for example.

The app also allows you to plan routes, meaning that you can figure out ahead of time where you’re going to stop to charge. That can come in handy for long road trips — though I did encounter some bugs when filtering stations specifically during the route planning. You can also add your own car, and the app will then automatically filter out stations that won’t work with your car model.

Generally, I found the design of the app to be pretty great too — and better than many of the other apps on this list. It’s modern and colorful, and relatively easy to navigate.

PlugShare is similar to ChargeHub in that it’s not tied to a particular charging network, instead aggregating charging networks and allowing you to find the best station for your needs.

So what’s the difference between it and ChargeHub? Well, the interface isn’t quite as up-to-date and there are more ads, but I’ve also encountered fewer bugs than on ChargeHub. You’ll have to decide what’s better for your needs, but considering the fact that they’re both free, I recommend trying both for a while.

The rest of the basics of the apps are very similar. You can see all the charging stations near you, plan trips, and add your car model for more specific results. You can also check in to a station and add notes about things like whether or not the station is operating properly — something that all EV owners know can come in handy.

Now, even if you use another app you may end up also using the Electrify America app. That’s because of the fact that the app is the best way to pay at Electrify America charging stations, and to monitor charging progress without needing to be right next to the station itself. An, you can use it to manage your Electrify Home charger, if you have one.

The Electrify America app doesn’t necessarily have the same features as some of the other apps on this list. Notably, the app doesn’t offer things like route planning, so you won’t necessarily use it to plan your trips. But, it does work with CarPlay and Android Auto, which means that you can search for and navigate to charging stations using your phone.

ChargePoint is similar to the Electrify America app in that it’s an app built for use with a specific charging network. The home screen shows all nearby ChargePoint stations. Unlike some of the other apps, you’ll see how many chargers are being used without having to tap on each location, which is a nice touch. Like others, you can filter based on charging speed and availability. You can even show chargers from other networks, though it doesn’t seem as though the ChargePoint app supports all charging networks, so it’s not the most useful feature. ChargePoint has a partnership with some other networks, like EVGo, allowing you to see chargers from those networks in the ChargePoint app.

Last but not least of the network-specific EV charging apps is EVgo, which offers many of the same features as other network-specific apps. From the EVgo app, you can see nearby charging stations, and like ChargePoint, you can see which stations have available chargers at a glance. Lke the others, you can add your car and filter based on plug type, charging speed, and more. EVgo and ChargePoint also have a partnership — so you can see ChargePoint and other stations in the EVGo app, allowing you to avoid having to bounce between different apps all the time.

One of the more interesting features of EVgo is the fact that it offers rewards points for those who use EVgo chargers, and you can use those points to charge your car for free.