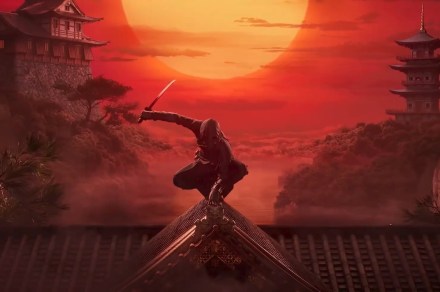 Ubisoft devoted an entire stream segment to the Assassin’s Creed franchise at Ubisoft Forward 2022. The block saw the announcement of four projects coming from the series, including a mobile game, a new mainline title, an experience hub, and another flagship game coming alongside the rest.

The largest of these announcements is next mainline Assassin’s Creed game by Ubisoft Quebec, currently dubbed Assassin’s Creed: Codename Red. Like the recent flagship entries in the series, Codename Red is taking the globetrotting open-world series to a new country and culture with a feudal Japan setting. To top it all off, the main character of the game is a shinobi. Not too much else was said about the title and it does not have a firm release date.

A second Assassin’s Creed game is coming as well, though its a bit more mysterious. This one comes from Ubisoft Montreal with the assistance of Clint Hocking, an ex-LucasArts and Valve designer and director. Dubbed Assassin’s Creed: Project Hexe, the title only got a quicker teaser showing an Assassin’s Creed logo made out of twigs hanging in the woods. Ubisoft notes that the game isn’t a traditional installment of the series, but didn’t elaborate on how much of a departure it is.

Both of those titles will live inside Assassin’s Creed Infinity, a curious new project from Ubisoft. Project Infinity is a hub that’ll tie various games together, though it’s unclear how that works. Ubisoft did mention, however, that its looking into creating standalone multiplayer Assassin’s Creed titles, which would also live in the hub.

In addition to all of that, Ubisoft also showed off Assassin’s Creed: Project Jade. This entry in the series is a mobile game where players create their own assassins and explore an open-world set in ancient China. It’s a different project from another mobile Assassin’s Creed game announced during the show, which will be exclusive to Netflix.

No launch details have been given for the upcoming titles, but Ubisoft states that Infinity and the projects within it its will launch “in the coming years.”