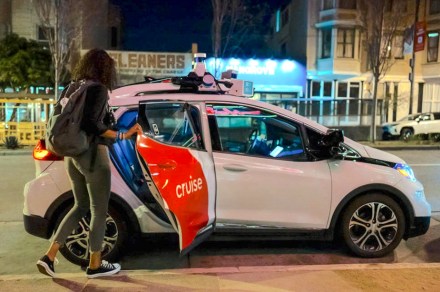 In what must be one of the weirder stories linked to the development of autonomous vehicles, a fleet of Cruise self-driving cars gathered together at an intersection in San Francisco earlier this week, parked up, and blocked traffic for several hours. And to be clear: No, they weren’t supposed to do that.

Some observers may have thought they were witnessing the start of the robot uprising, but the real reason for the mishap was more prosaic: An issue with the platform’s software.

Personnel from General Motors-owned Cruise were called in to take control of some of the errant vehicles, while others were moved via remote intervention, according to TechCrunch.

A Reddit post on the self-driving slip-up described “a bunch of Cruise cars stuck” on Gough and Fulton Streets about two miles from Fisherman’s Wharf. Looking closely at the accompanying images, it appears that at least eight of Cruise’s autonomous vehicles were parked across the street. A Twitter post also captured the scene:

Some @Cruise robotaxis appeared to be stuck in SF last night at the corner of Gough St. and Fulton St.

Human ops apparently had to rescue them. Still some kinks to iron out. pic.twitter.com/eXDocjVfHU

The bizarre incident comes four months after Cruise began offering autonomous rides to folks in San Francisco as part of a trial robotaxi service, and just days after it started charging passengers for the rides.

At the current time, Cruise’s self-driving cars have permission to operate between 10 p.m. and 6 a.m. when the roads are quieter. There’s no backup driver behind the wheel, so passengers are truly alone in the vehicle. It’s not clear if there were any riders in the cars that got stuck.

Commenting on the incident, a Cruise spokesperson told TechCrunch: “We had an issue earlier this week that caused some of our vehicles to cluster together. While it was resolved and no passengers were impacted, we apologize to anyone who was inconvenienced.”

It’s not yet clear if the authorities will punish Cruise for an apparent traffic violation, or indeed if the city has any kind of system in place for dealing with autonomous cars that are found to have broken the law.

One thing is clear — the city’s cops are still getting used to the idea of pulling over a vehicle with no one in it.