3 Ubisoft games are coming to Netflix, including Assassin’s Creed – IGWIIKI 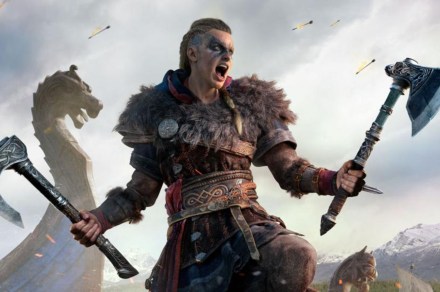 During today’s Ubisoft Forward stream, Ubisoft announced that it has partnered up with Netflix to bring several projects over to the streaming platform. Valiant Hearts 2, Mighty Quest 2, and an Assassin’s Creed mobile game will be coming exclusively to Netflix. Plus, there’s a live-action Assassin’s Creed show coming to Netflix as well.

Few other details about the Assassin’s Creed mobile game or the TV show were revealed, but Valiant Hearts 2 is a brand new game announcement. it’s a sequel to 2014’s Valiant Hearts: The Great War.

According to a blog post released during the showcase, Netflix has major plans for the Assassin’s Creed IP. In addition to the live-action show, the game will get “multiple different series,” including animated and anime adaptations. The live-action show currently has no showrunner.

The move is a major development in Netflix’s new push into the video game industry. Most recently, the platform announced that it would be adding Desta: The Memories Between on September 27 alongside a host of other indie titles. Netflix also acquired Night School Studio last year, the developers behind Oxenfree. The acquisitions of Finnish mobile games studio Next Games and Texas-based developer Boss Fight Entertainment followed back in March.

It’s interesting to see Netflix go into the gaming space, but the platform still has a long way to go. According to recent analytics, Netflix’s games have been downloaded 23.3 million times and are played by 1.7 million subscribers daily. However, that makes up only less than 1% of the platform’s worldwide subscriber base of 221 million.

So far, the platform has seen the release of several high-profile indie games, including Spiritfarer, Into the Breach, and Moonlighter. Some other titles, such as Immortality, are coming to Netflix as well.